An experienced and popular tour guide, with deep knowledge and many ideas on slightly unusual sites to visit. He can organise itineraries and plan tours on request. He recently conducted a tour on Historic Ships of Britain, which will be repeated in August to September 2018. There will be a few modifications – perhaps more time at sea in a
Thames barge in the Solent, and more time in Bristol. Adverts have already appeared in Sea History and will be in other journals soon. Some to the features of the tour are shown below

Historic Ships of Britain: An Illustrated Itinerary Great Britain has some of the finest and most important preserved ships in the world, ranging from the time of Henry VIII 500 years ago, to the Second World War and beyond. This tour will focus on the six most important, but with opportunities to look at other ships, museums and galleries. There will be chances to sample the museums, theatres, shopping and sights of London, and the English seaside at Portsmouth.

The guide is Brian Lavery, well known as the author of many books including Ship of the Line, Nelson’s Navy and Churchill’s Navy. A very experienced lecturer in universities, at
conferences and on cruise ships, he will describe each ship and many of the other places in beautifully illustrated evening talks.​​​
​​​​​​​ 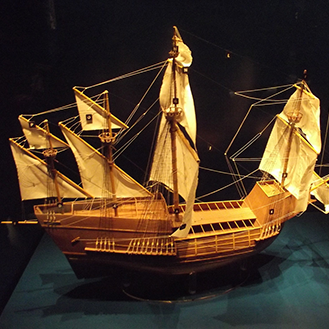 Henry VIII’s ‘great ship’ was one of the first in history to be armed mainly with guns. She fought in three wars before she sank off Portsmouth in 1545 and the hull was recovered in 1982.

The current display opened in 2013 and the ship and artefacts are shown together for the first time. The items illustrating Tudor life have been described as ‘England’s Pompeii’. The display won the Best UK Tourism Award among others. 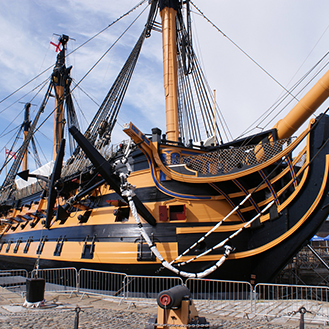 The Victory had already fought in three wars and several battles before she became Nelson’s flagship for the Battle of Trafalgar in1805. The sites of his wounding and death are marked on...

board, but the ship is also a memorial to the thousands of seamen and marines who served and sometimes died on board her and other ships. In Portsmouth since 1812, she has been visited by almost everyone important in British life, from Queen Victoria and Winston Churchill to Beatrix Potter.
The ship is currently being restored, but that often gives an opportunity to see the craftsmen at work. The decks are still intact and give a picture of naval life of Nelson’s time. 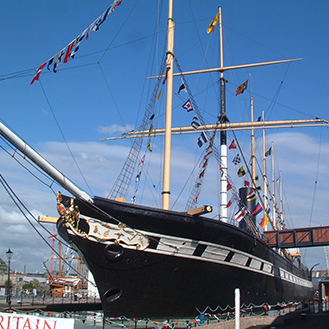 Built by the great Victorian engineer Isambard Kingdom Brunel, the Great Britain was the first large iron ship and was designed to take passengers across the Atlantic.

After running aground on the coast of Ireland in 1846, she was refitted and took thousands of emigrants to Australia. She was laid up in the Falkland Islands until 1970 when she was taken to Bristol to be installed in the same dock where she was built. She has been restored to her condition of 1843 in an award-winning project. 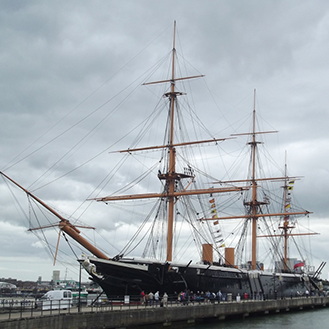 The first British ironclad warship, the Warrior was built in answer to the threat from the French Gloire. Among the sailing ships of the fleet she was described as looking ‘like a black snake among the rabbits’, but her heyday was short.

She was soon overtaken by new technology, including the armoured turret pioneered by the USS Monitor in 1861. She never saw active service and her most notable feat was to tow a floating dock to Bermuda in 1869. She was eventually rescued from her fate as a depot ship in Wales, and restored to show the life and technology of a Victorian warship. 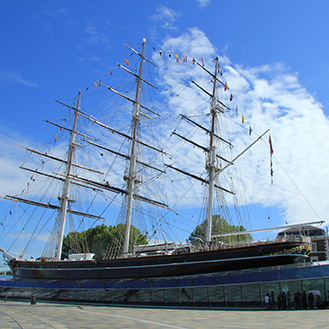 Built in Dumbarton, Scotland, the Cutty Sark was designed to ‘cut through water like a knife’ and become the fastest of the China tea clippers – though she never quite proved that before being switched to carry wool from Australia.

After service as a training ship she was brought to Greenwich in 1957. Seriously damaged by fire in 2007, she is now mounted on a striking and controversial base. 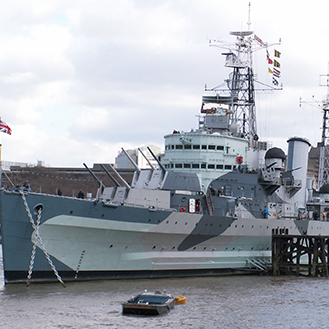 The last surviving big British ship from World War Two, the Belfast was built in the city for which she is named. She was almost sunk by a mine at the beginning of the war, but repaired. She played a key role in the sinking of the...

German battle cruiser Scharnhorst in 1943 and bombarded the Normandy beaches in the following year. She fought in the Korean War and ‘showed the flag’ in the Far East before being given up by the navy in 1971 and moored opposite the Tower of London. 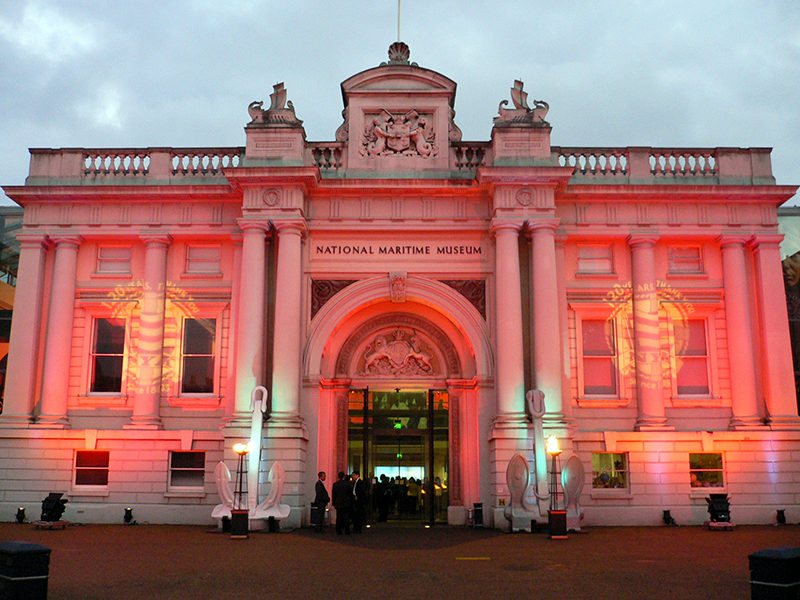 A stone’s throw from the hotel, it is the leading maritime museum in the world. As well as the galleries, there will be a special look at some of the unique manuscripts. Greenwich also has the stately Royal Naval College with its Chapel and Painted Hall. 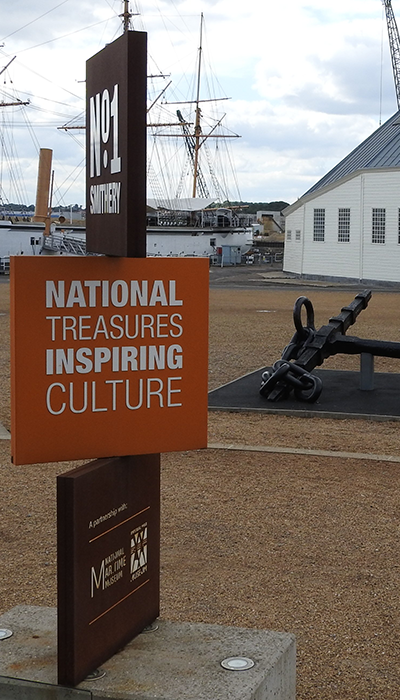 The old dockyard where Nelson’s Victory was built, now open to the public with numerous displays and the national collection of ship models. It has three historic ships – the sail and steam sloop Gannet of 1878, the destroyer Cavalier of 1944 and the submarine Ocelot of 1962, all of which are open to the public. Fans of the TV series Call the Midwife might recognise some of the sets. 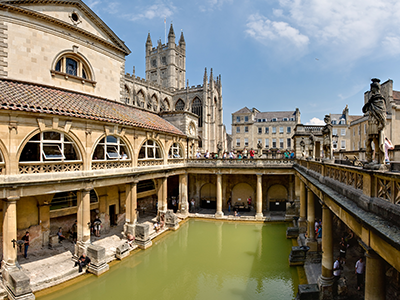 Guests will be invited to suggest any other places they might want to visit, and if there is time and demand a guided tour will be arranged.

As well as the maritime activities, those who are less dedicated to ships and the sea will have opportunities to sample the galleries, sights and shopping of London, the sea views of Portsmouth, and perhaps the historic and beautiful Georgian city of Bath which is not far from Bristol.

Stopover for lunch between Portsmouth and Bristol
Medieval City walls, Titanic memorial, SeaCity Museum, with galleries on the Titanic and her crew